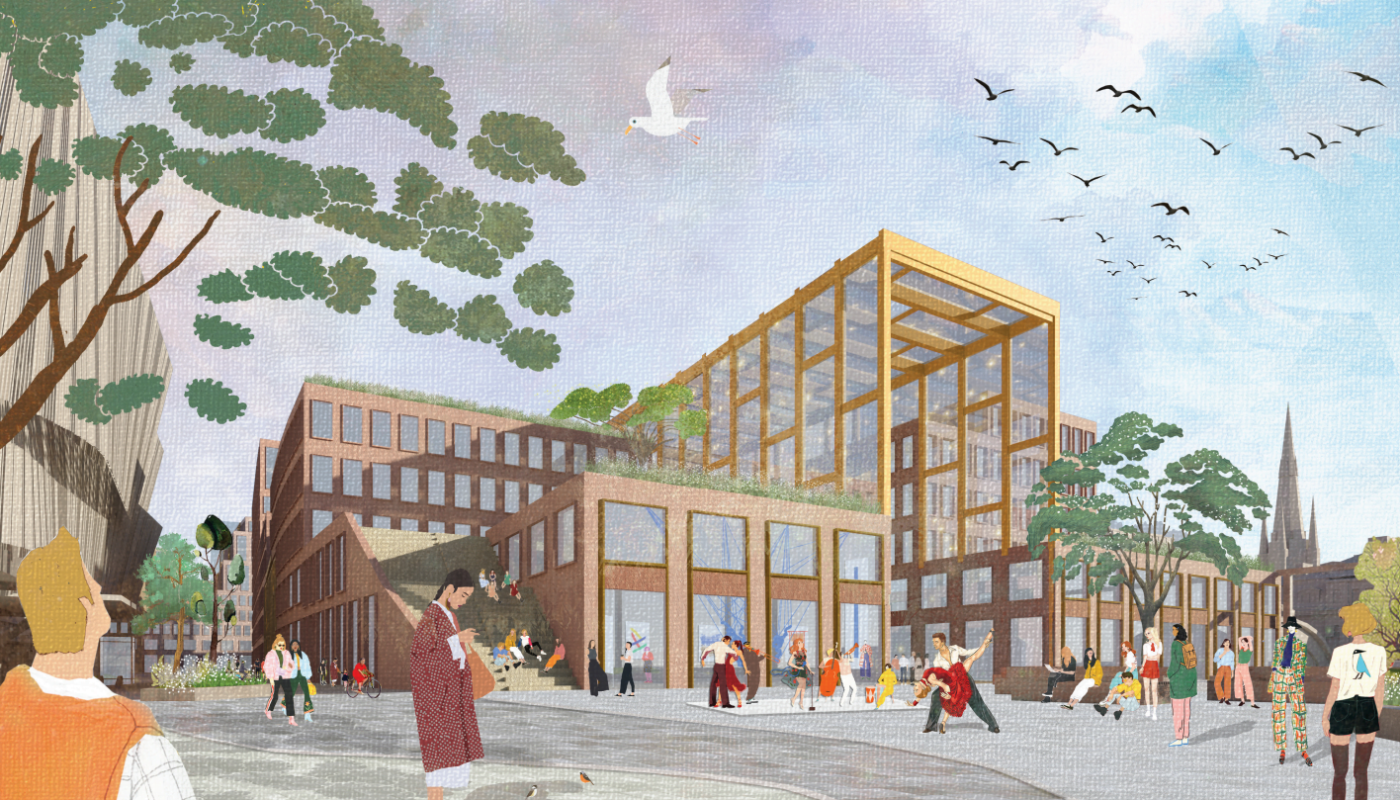 Stockholm Central Station Area as ‘Living room for the City’

The team KCAP, Neutelings Riedijk Architects, Arcadis, Ahrbom & Partner, Landskapslaget and Iterio presents their design for the international tender to redesign the Central Station Area of Stockholm – one of the most significant developments of the last decades in the Swedish capital. The international multidisciplinary team proposed to transform the area into a living room for the city, by simultaneously improving connections, creating a destination and drawing on the character of place.

The Stockholm Central Station Area faces a number of challenges not uncommon to railway areas; the historic station complex is attractive in itself and its central waterfront location offers unparalleled opportunities. At the same time, connections within the building and with the urban tissue need to be improved as the railway tracks act as a barrier within the city and the area lacks both character and a diversity in functions, offering little sense of arrival.

The competition brief called instead for an urban district that is lively, intertwined with the city‘s fabric and typical for Stockholm, reflecting its unique character of place. Kees Christiaanse, founder of KCAP: ‘Stockholm evokes images of elegant buildings, restrained in pastel tones with diverse roofscapes blending with the Scandinavian sky. Well-proportioned buildings with courtyards mark the public domain, delineating sightlines towards the water, connecting the city with the surrounding nature.’

With these as key principles, the team’s proposal for the Stockholm Central Station Area aims to transform the railway yard into a vibrant station district, an urban living room where Stockholmers and visitors meet. It is conceived as a mixed-use area with diverse architecture and programmes but with a strong urban coherence, underpinned by greenery and water; a fine-meshed network of public spaces on three levels, outdoors and indoors, that provides a welcome to everyone. This inspiring, functional, and lucid transport hub comprises a mixed program with gastronomy, business and culture, and acts as an inviting gateway to the city.

The street grid of the historic centre is extended so as to connect the city across the railway tracks. A public space framework allows for the design and programming of the individual buildings to evolve over time. Two strong visual axes from north to south are the drivers of this framework and allude to the railway valley: one axis looks from Terminalslingan towards the historic centre in the south, through the new Galleria Klara, with a vista of the cast iron spire of Riddarholmen church. The second looks from Nils Ericson’s Square to the north, through the newly developed, elevated Green Valley. To further improve the links between station, city and waterfront, the proposal seeks to transform high density traffic arteries like the Klaraberg viaduct into connective, car-free public spaces. Nils Ericson’s Square, which now mainly serves as a parking space, will become the city’s balcony for culture and leisure, offering glorious views of Stockholm City Hall, the historic centre and the open water of the Riddarfjärden.

The design is based in a respectful and complementary approach to Stockholm’s heritage values. Old and new meet around the monumental railway station building and Central Hall, through which the station’s central axis connects the redeveloped, greener Central Square with Galleria Klara. New buildings are adapted in height to preserve sight lines, to ensure sunlight and to adjust to the scale of the surroundings. ‘Towards Riddarfjärden, the new architecture is deliberately kept modest to integrate the project into the existing waterfront cityscape and to respect the original station building, the Central Hall and City Hall,’ says Jeroen Dirckx, partner at KCAP. Thus allowing the Central Station Area to become a welcoming living room for the City that draws on Stockholm’s strengths.

The international tender for the redesign of the Stockholm  Central Station Area was initiated by Jernhusen, the Swedish State-owned station area estate company, in collaboration with the City of Stockholm and Trafikverket. Team KCAP, Neutelings Riedijk Architects, Arcadis, Ahrbom & Partner, Landskapslaget and Iterio was selected as one of four finalists out of fifty prequalifications. With its thoughtful yet dynamic approach, the team competed in the last design phase with consortia led by CF Møller Architects, Foster + Partners and Snøhetta. The first prize was awarded to Foster + Partners, Marge Arkitekter, Land Arkitektur, Thornton Tomasetti, Ramboll, Wenanders och TAM Group.

Program 150.000 m2 of mixed-use program, including a new station building